Legacy of Dead is another fascinating slot provided by a well-known software development company called Play’n GO. We are seeing tremendous similarities compared to its fellow game Book of Dead and only a few characteristics are different. Despite this fact, Legacy of Dead has earned a pretty reputable name and it has been an amazing place for punters to gamble ever since its establishment. Continue reading this Legacy of Dead review in order to find out everything about the slot!

The first impression upon entering the game will be as if you are in the palace of ancient Egypt since there are a lot of symbols representing Egyptian elements. So the whole gaming environment will be mesmerizing for every newcomer and you will come across different types of Pharaon figures as well as a temple as a wild symbol. So, if you are interested in ancient Egypt then this game will most likely take you on a journey there and leave you with a memorable experience. 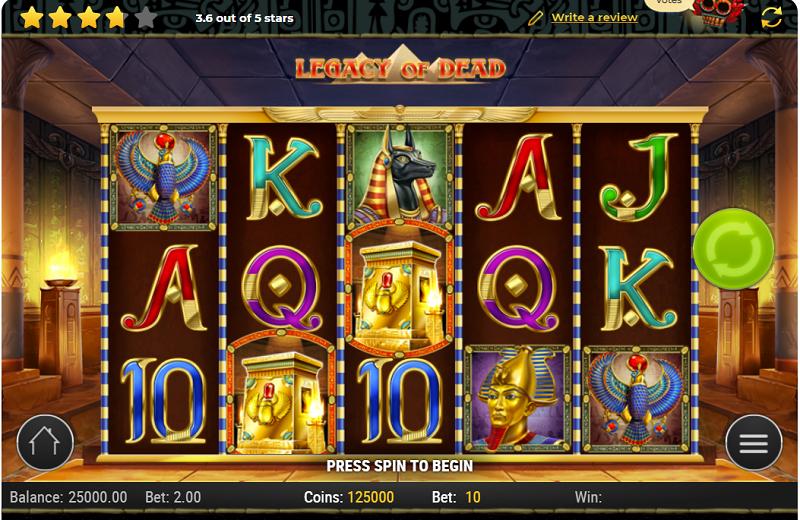 Legacy of Dead includes 3 rows, 5 reels, and 10 fixed paylines. You will have a chance to win a high amount of money but not very frequently due to high volatility, so it will be better to wait for your chances. The slot features 96.58% RTP that allows you to return enormous amounts after wagering. There are a vast number of websites providing the Legacy of Dead demo version in case you want to try it out for free. You will learn about all the necessary aspects of this game below!

A Better Look At Legacy Of Dead Design Aspects 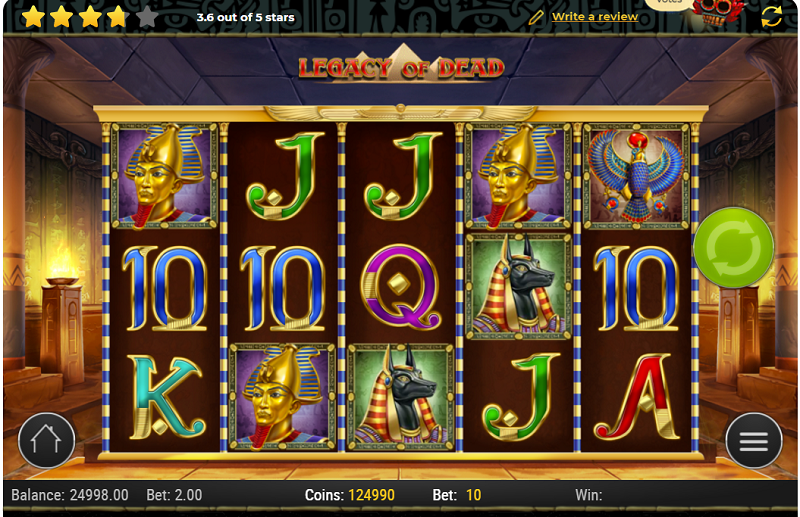 As we have said above, the whole design is constructed in a way that will definitely make you feel as if you are in ancient Egypt. The background of the game will most likely remind you of some kind of palace with various ornaments and there are two small bonfires on the edges of the slot.

It is quite a unique gaming interface that will definitely engage the majority of gamblers. The symbols also represent Egyptian elements that are well suited to the background of the game. It is pretty much impossible not to enjoy this sightseeing when you spin the reels. Furthermore, you will not have a hard time playing this game since all the essential buttons are presented on the screen.

The game developers understand that smartphones are the most frequently used devices in the modern world, so it is necessary to create a suitable playing environment for mobile users. Therefore, Play’n GO established a Legacy of Dead mobile version that is as exciting as the original one.

Legacy of Dead Audio – How Does It Feel?

The audio of slot games bears no less importance than the playing interface since it is one of the main reasons why gamblers get engaged in the game. The playing process will not be enjoyable if the music is unpleasant and as a result, the game will lose its popularity.

Play’n GO creators are well aware of this reality and they have tried their best to establish an enchanting soundtrack for Legacy of Dead. The sound follows the flow of the game excellently and it will enhance your impression of being in an ancient Egyptian palace.

The game includes sound effects similar to what you hear in movies about ancient people when they were carrying out different rituals. So, it will be extremely pleasing music that will attract the attention of every punter. 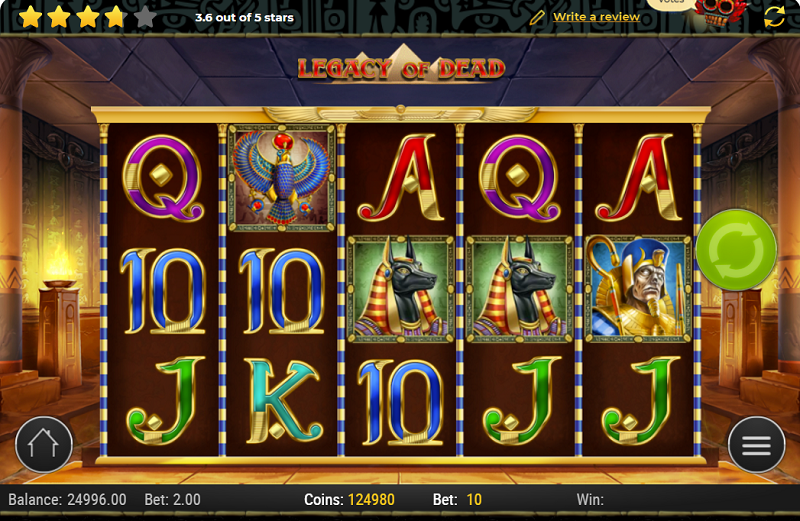 In this part, we are going to teach you how to play Legacy of Dead. The first thing you need to do is place the bets and push the green-colored button on the right side of the screen in order to start gambling. Remember that the minimum amount of coins you can bet is 0.10 and the maximum is 100 coins.

The slot includes different kinds of symbols promising to furnish you with considerable amounts in case you collect many of them. The highest paying figure is a wild symbol that also acts as a scatter and it will award you 5.000x your bet if you catch five figures on the reels. Also, it is able to replace all the other icons in order to form winning combinations.

Moreover, you have a chance to double your winnings by pressing the gamble button after winning a prize and you need to guess the color of the card correctly. By doing so, you will get a double amount of an initial winning prize.

Legacy of Dead Bonus Game At a Glance 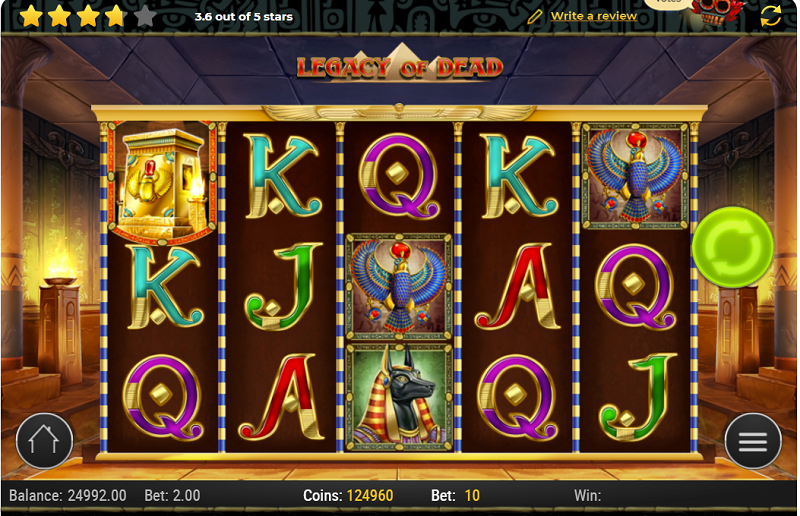 Legacy of Dead features a standard bonus game that you can trigger by collecting at least three scatter symbols. This symbol is a yellow palace with ornaments on it and it will award you Legacy of Dead free spins.

You will get a total number of 8 free spins in the bonus game and the slot will randomly choose a special expanding symbol. It can be any of the figures except for the scatter symbol and it will be responsible to reward you with winning combinations. Also, you have a chance to retrigger the bonus game in case you catch an additional three scatter symbols and extra 8 free spins will be given to you.

In this Legacy of Dead guide, we have described every attribute of the famous slot that was created by a leading software development company called Play’n GO. It will give every gambler a unique experience due to its high-quality gaming interface and chances to win massive amounts of Legacy of Dead real money.

The design of this game will definitely remind you of ancient Egypt since there are a lot of symbols representing Egyptian elements and the background itself looks very much like an old palace of Pharaohs. So, if you wish to go on a journey in ancient Egypt then Legacy of Dead was definitely built for you.

Moreover, the slot features an RTP of 96.58% which is considered a huge number, and with the help of high volatility, you are able to win colossal prizes if you are patient enough to wait for your chances.