Lordi Reel Monsters is a newly-released video slot game that is created by one of the top game providers called Play’N Go. The game was released at the end of April 2022. The title completely outlines what kind of journey the user is going to have. Here, players will meet several spooky and powerful monsters and the game atmosphere is pretty tense but impressive, adventurous, and dynamic. So if you don’t want calm emotions and want to travel with adventurous monsters, the Lordi Reel Monsters is the perfect slot game for you.

With the game’s special features, we have to mention the high RTP level which is more than the gold standard and equals 96.20.%. This perfect feature becomes even more impressive with the average volatility level.

So the game creates a pretty suitable atmosphere for players with a lot of options for increasing the winning amounts. Lordi Reel Monsters real money is oriented to create the best atmosphere and conditions for the players. That is why the betting amounts are not very high and pretty affordable for everyone.

More specifically, the minimum amount the player can place is 0.10 USD whereas the maximum limit is 100 USD. The maximum payout is x4 000 of the total stake.

Lordi Reel Monsters’ special features maximize the probability of winning. The bonus list includes wild and scatter symbols which gives the players a different amount of multipliers. There also is an autoplay option and different types of free spins. Players can discover some special features such as symbol swap, random appearing wilds, symbol collecting, cluster plays, and cascading reels. All this in total creates a perfect gaming atmosphere for new or already experienced users.

For those who want to learn more about why Lordi Reel Monsters is one of the greatest games in your gambling experience, read our Lordi Reel Monsters guide, where we will outline special offers and features, describe the perfect gaming atmosphere, and other significant facts about this great video slot game.

For those who like heavy metal and rock music, Lordi Reel Monsters is the perfect game for them. The game is inspired by the popular rock band, Lordi which is a Finnish band with heavy metal music. Once you start playing, you see the background of the spooky graveyard. Mystic and dark nights with the neon green fog on the spooky graves and trees create a very exciting and impressive atmosphere.

The playboard is also inspired by the same theme. Wooden boards with the grave plants are creating a wonderful space. Behind the board, you will see the main character Lordi who is the main singer of the band. The setting structures, buttons, and symbols are very impressive too. On the dark playboard, you will see the spooky members of the band and other regular symbol interpretations which are the different mystic symbols in the rocky coins. The quality of the graphic visuals is very high and creates a realistic atmosphere. 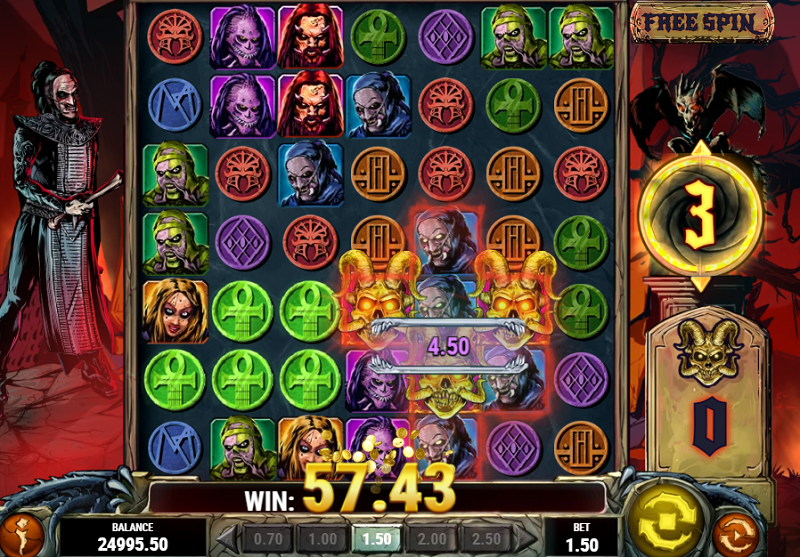 Lordi Reel Monsters Audio – How Does It Feel?

The game theme is very different from the other slot machines. It is unique and brings very realistic and impressive emotions to the players. With the graphic design, the audio plays a big role in creating the final gaming space.

Because the main theme is the rock band Lordi, the sound is some combinations of the best songs of the band. So the audio creates a fully adventurous and dynamic gaming space which is perfect for those who love action.

The game structure is with 7 reels and 7 rows. Accordingly, for activation of the bonuses or winning, the player needs to land at least 5 identical symbols. As in classic slot games, in Lordi Reel Monsters different symbols have different meanings and activate various bonuses. There are two categories of symbols.

Regular symbols are lower-paying and include different colored coins with orange, red, green, blue, and purple colors. If players land at least 15 of these symbols, they have a chance to increase the winning amount from x10 to x15 of the total stake. Landing 5 identical symbols means activating the cascade feature. 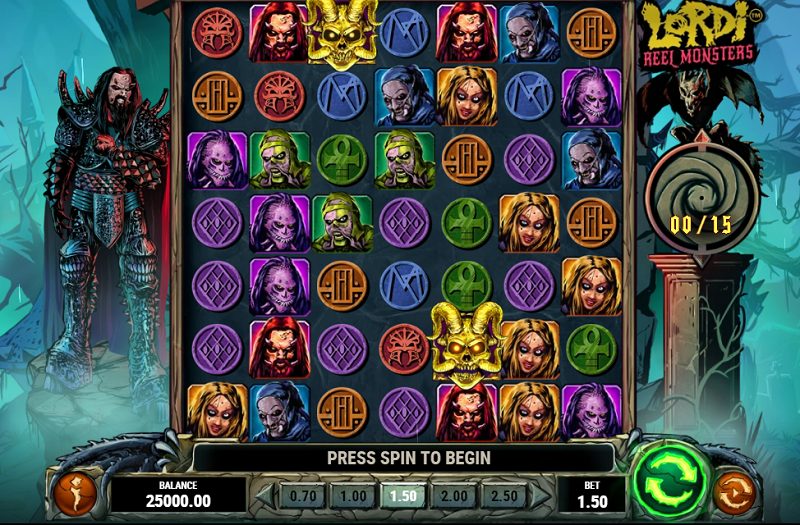 The game has special symbols which are high-paying ones and the list includes the band members with the different colors of red, purple, blue, green, and orange. The multipliers are higher and landing at least 15 of them in total means increasing the amount of winning from x100 to x250 of the players’ bet. The special symbol is a golden skull which acts as a wild symbol.

Out of multipliers that can be earned after matching at least 5 and a maximum of 15 identical symbols, the Lordi Reel Monsters suggest different types of bonuses. This feature already outlines how the game is oriented to maximize the chances of winning with minimal risk.

The bonuses can be earned from the band members’ symbols. They act like wild, transforming, and destruction symbols and give players cascade multipliers and 2 free spins. To outline the details of different bonuses, down below we will describe each of them shortly: 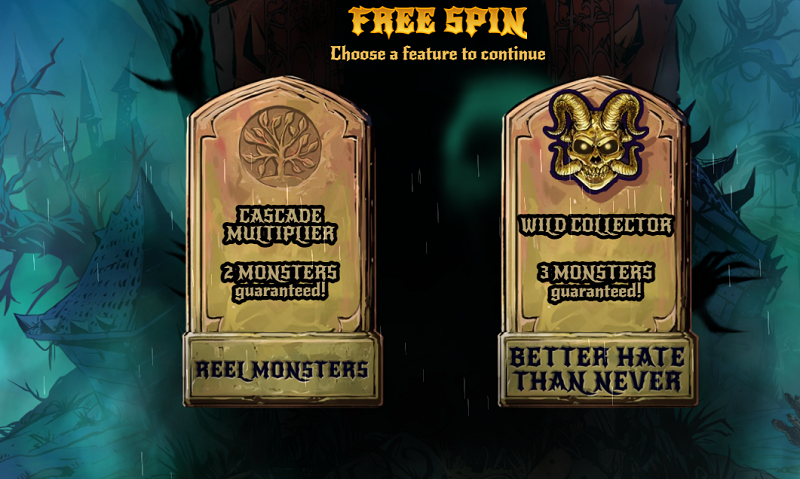 Reel Monsters – The player can earn spins with multipliers. The wins are starting from the x1 multiplier and increase per cascade.

Better Hate Than Never – is the second choice where wilds should be collected and with the wins player also can get free spins.

Lordi Reel Monsters is very different from other slot games with the design theme and bonus features. The structure and the rewards are also pretty unique which can not be found in most slot machines. If we begin with the design and audio theme, we have a pretty tense and dynamic atmosphere which brings excitement and motivation during the game.

On the other hand, we have special symbols with pretty high multiplier features. There are several bonus features where symbols are turning and increasing the winning chances, suggesting players free spins and activating winning clusters.

All this in total creates an unforgettable and very interesting gaming experience for every user. So if you are looking for something different and adventurous with unlimited possibilities and excitement, Lordi Reel Monsters is the perfect slot game for you!