Remember Gulag was created by the popular software development company called Nolimit City. The main character of this slot is none other than Stalin himself who is the most accurate representation of war and cruelty in general according to the majority of people. Even though it has been only a few days since the release of this game, it has managed to gain the tremendous interest of punters from all around the world since nowadays, every activity related to the Russia-Ukraine conflict is at the center of everyone’s attention. Therefore, we are writing a Remember Gulag review to teach you about every feature of this slot. 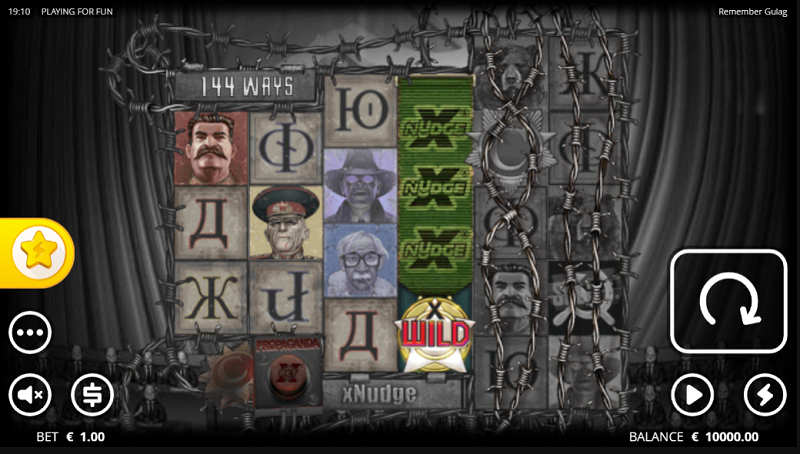 You will come across a playground consisting of 6 reels and two of them have the ability to unlock during certain combinations. 720 paylines will form winning combinations for you, whereas there are a total of 614.656 ways to win in this slot which is one of the highest numbers in the whole gambling world.

Players have the possibility to place a minimum of 0.20 EUR bet here and the maximum amount includes 100 EUR. As for the highest payout, it is also an amazing number – 30.000x your initial stake! These are some rare opportunities that you will not see in the majority of slots today.

We want to highlight that Remember Gulag includes an RTP of 96.08% which is considered above average in the gambling industry, so you have a chance to earn substantial amounts after gambling. Moreover, due to high volatility, this slot offers every gambler to obtain huge prizes but not very often.

Do you want to take part in the protesting actions against the Russian government initiated by Nolimit City? Then you should definitely play this slot since it spreads the awareness of cruelty and viciousness across the world. You will be assured of this on every spin you make here, and apart from being a form of objection, it also provides huge possibilities to win a lot of money!

There are plenty of gambling websites featuring Remember Gulag demo versions that will allow you to learn the playing mechanism before gambling with Remember Gulag real money. So, make sure to check them out!

A Better Look At a Remember Gulag Design Aspects 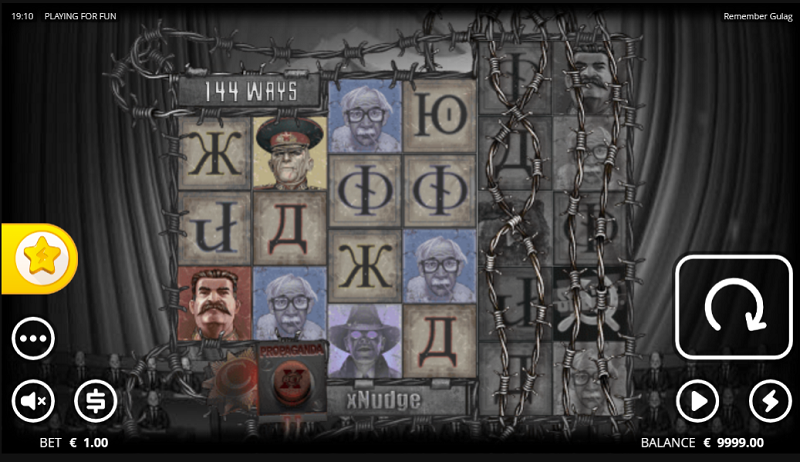 The design of Remember Gulag is something unique and amazing. You will notice this right away from the first second as it is completely different from what you see in the majority of traditional slots. Every aspect of the playing interface is a portrayal of protest against the Russian regime.

The first and most obvious sign of this protest is that the whole game is covered in black and white and the symbols only shine when they award you winning combinations. Also, the main playing area and two expanding reels are surrounded by some kind of a chain that once again underlines the existence of the gulag.

As we have noted above, the main figure in this game is Stalin himself who was the most brutal dictator for most people. So, we can conclude that Stalin is equated with Putin in this case since they are both known for their cruel actions towards other nations.

Besides Stalin, there are also other historical figures that were evil dictators as well and moreover, traditional card symbols are pictured as the Russian letters. So, as you can tell every aspect of this slot will remind you of the cruel side of dictators both in the past and during the present time.

What’s more, the creators have developed a convenient Remember Gulag mobile version for smartphone users. It includes all the high-quality elements that you find in the original one.

Remember Gulag Audio – How Does It Feel?

The audio of Remember Gulag is something special since it also represents the true idea behind this slot. You will hear sound effects that you might have already listened to in the war movies or some kind of motivational videos. The most interesting part of the music is that occasionally we hear a man saying the following sentence in Russian – “The prisoner has arrived at Gulag, show your documents!”.

As you can tell, the design and music are connected to each other excellently and they both represent the cruelty of Russia! 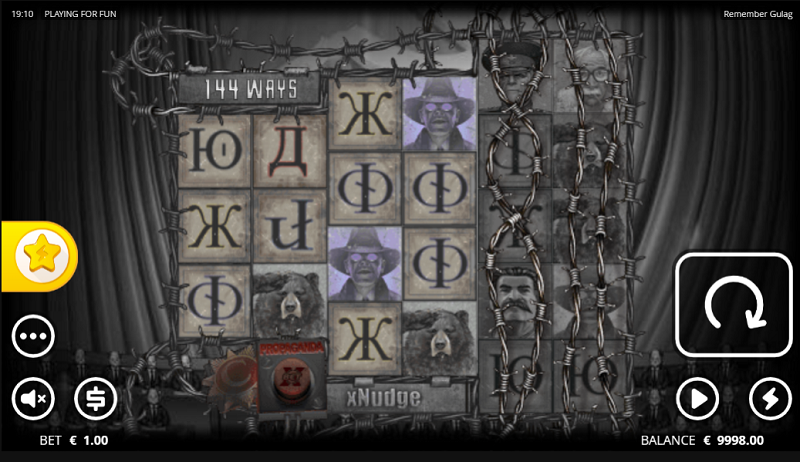 Read this section in order to learn how to play Remember Gulag properly. As we have said, the last two reels have the ability to unlock in case two scatter symbols are collected, and also, there are various kinds of figures in this game that will give you different payouts.

Remember Gulag includes a propaganda bet that will land a scatter symbol on the second reel and the fifth reel will be unlocked always. Also, there is an increased possibility to trigger Gulag spins here.

There are xWays symbols in this slot that will appear only on the first and second reels during the main game and on the fifth and sixth reels during the Gulag spins bonus mode. They include several beneficial features and more chances to generate winnings.

Moreover, xNudge wild figures are able to land on the third and fourth reels during the main game and the Gulag spins bonus mode. This is a stacked wild symbol that will always nudge to fully visible and every nudge increases the win multiplier by 1.

There are also xSplit wild icons here that will appear on the fifth and sixth reels during the main game and on the first and second reels during the Gulag spins bonus mode. They have the ability to split all symbols to the left and right and double that symbol. If a symbol is split more than once, it will be displayed with a multiplier. 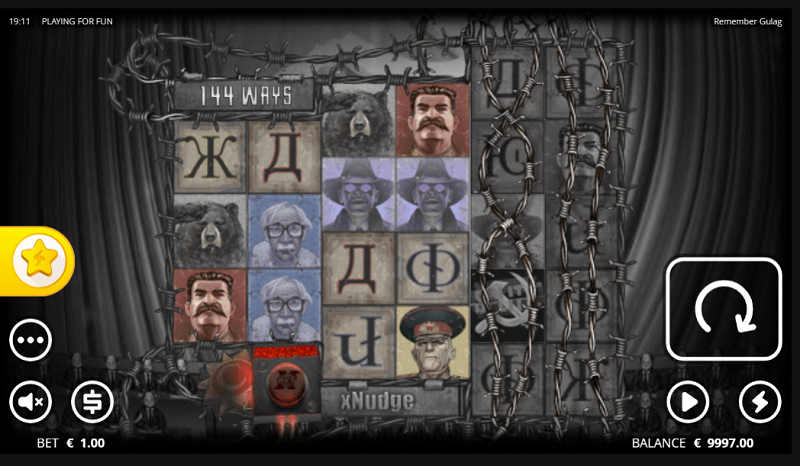 Gamblers have the opportunity to trigger the bonus game of Remember Gulag by collecting three or more scatter figures. Landing 4 scatter symbols activates “Gulag Spins: All Aboard” mode, whereas landing 5 scatter icons will activate “Gulag Spins: Double Vodka” where all symbol win multipliers are doubled.

This and many other possibilities are waiting for you in the Remember Gulag free spins feature, where you might end up winning the highest payout – 30.000x your initial stake!

We have written this Remember Gulag guide in order to provide all the essential information regarding a recently-launched slot that has already gained tremendous popularity among punters. The developers have established every aspect of Remember Gulag in a way that protests the cruelty of the Russian government towards Ukraine that we are seeing today, and also they have provided enormous opportunities to win a lot of money here!